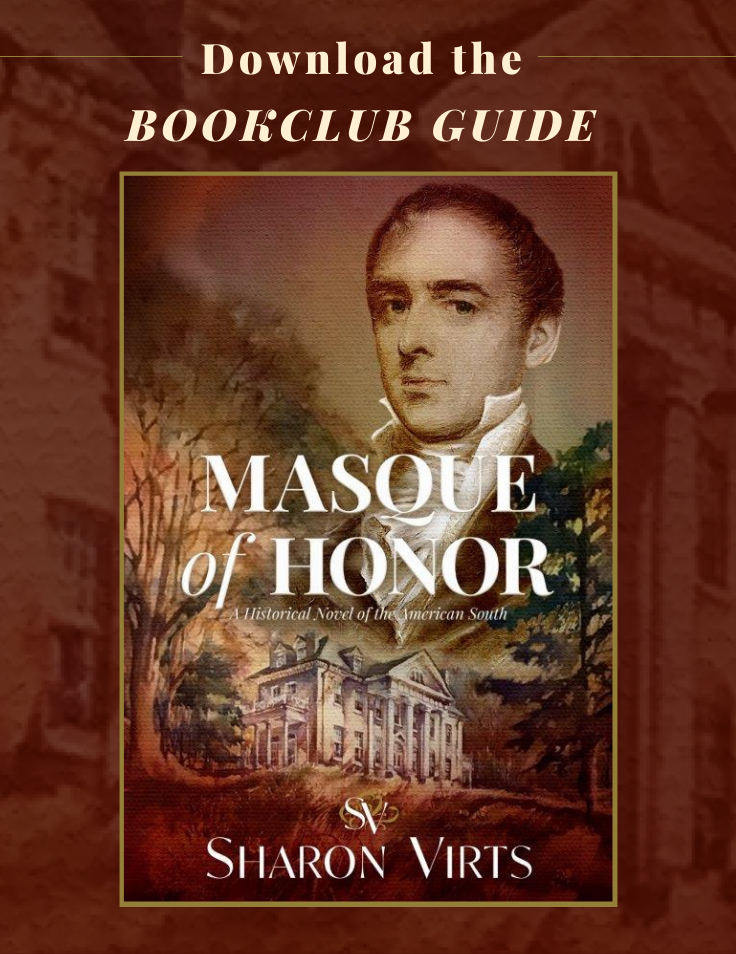 A historical fiction based on the true story of two cousins in early 19th century America who turn against one another over power, position, and politics, in a fight to the death to defend their dreams and their honor. Set in Loudoun County Virginia and the District of Columbia from 1816 to 1819, it is a dramatic story of love, honor and tragedy.

General Armistead Mason and John “Jack” Mason McCarty are brother-in-laws, second cousins and second-generation descendants of founding father George Mason IV. Both are handsome, wealthy bachelors and members of Virginia’s elite aristocracy. Shortly after the War of 1812, both men become active in politics, but of differing political parties. Like his late father, Armistead is an ardent supporter of Thomas Jefferson and is a leader in the Democratic Republican party of Virginia. Jack, on the other hand, grew up on a neighboring plantation to his father’s first cousin, General George Washington, and is an ardent Federalist.

Armistead is ambitious with his sights on the highest office of the country and a fast-track plan to get there.  He served heroically as an officer in the War of 1812 and was awarded the rank of Major General. The book begins in the spring of 1816 at a party at Armistead’s mother’s plantation home, Raspberry Plain, where both the Mason and McCarty families are in attendance.  At the party, Armistead is informed quietly of an incident that will set into motion a chain of events that ultimately lead to the fatal conflict.

Jack McCarty, a close ally of Charles Fenton Mercer, becomes a puppet in a political rivalry between Mercer and Armistead, Mercer’s political nemesis. The controversy and exchanges between the three men escalate until Mercer can no longer take the pressure. As Mercer steps away from the conflict, Mason and McCarty continue to attack each other publicly in the newspapers in a contest that ultimately leads to a challenge. The women in their lives intervene and delay the fight for a time, but ultimately cannot thwart its inevitability.  It’s a story of love, lessons and the breaking of one life and the forging of another.

“Powerful and compelling. Sharon’s characters step off the page and into your life.”

“Sharon Virts is a natural storyteller and evocative writer with a keen eye for historical detail and drama. Set in 1816 and based on the true story of the rivalry between two Virginia gentlemen, Masque of Honor unfolds as an epic tale of romance, politics, ambition and power—and paying the ultimate price to defend one’s honor.”

“Sharon Virts’ debut novel carries us back to life as it was two hundred years ago in the new State of Virginia. Masque of Honor provides a spicy stew of ambition, envy, honor, courage—and love—as two brothers-in-law drive step by step toward an explosive choice. This is fascinating fiction based on facts, and Virts’ writing will captivate readers. Pick it up and you won’t want to put it down!”

“Sharon is a force of historical fiction; her first novel, Masque of Honor, unveils sweeping sagas of epic proportion brought to life with research and verve.”

“Her ability to create complex characters is innately artistic in form. She applies the principles of balance, proportion, and perfection in the natural world.”

“Based on actual events and full of fantastic period detail, Virts gives us a lovely piece of time travel that shows America has never been civil in its political discourse. Pour a cup of tea capped off with some rum for a thrilling and tense slice of Virginia in the early 1800s.”