Musings: In their own words….

Last night, I read a chapter from Masque of Honor at an event for the Thomas Balch Library. The reading featured a scene comprising a lot of dialogue from characters who were real historical figures. As a writer of historical fiction, my challenge is to use a person’s actual words in the novel, while at the same time, ensuring the quote tells the story and fits the scene (and isn’t BORING!).

In the chapter I read last night, I had created a scene featuring the gentlemen involved in the real-life controversy between Charles Fenton Mercer (2, pictured) and Armistead Mason. Some of those gentlemen included Francis Scott Key (1, pictured) and John Randolph (3, pictured)

Through my research I learned that in 1817, Union Tavern in George Town was a favorite hangout for members of the Federalist party (Mercer and his friends). And that Fenton Mercer was known to play cards (poorly!) and, every now and then, to drink more whiskey than he should.
Combine these together and you have the makings for a great scene. Card night at Union Tavern!

Here are some examples of how I tweaked some actual quotes from diaries and letters into intriguing dialogue in the scene:

“As a man and more especially a Virginian, I ought not accept your professed challenge: as a Christian, I cannot.” (Charles Fenton Mercer 1817)

In Masque of Honor:
“As a man of the law and as a Virginian—a state that specifically made the act of dueling a crime punishable by hanging—I ought not accept his challenge. And as a Christian, I could not,” Fenton said, no doubt trying to convince himself more than the gentlemen at the table. (MASQUE OF HONOR)

Can you feel the difference? Or how about this one:

“The defence of my late conduct, is the most trying event of my whole life.” (Charles Fenton Mercer, 1818)

“While I appreciate your vote of confidence, defending my conduct has given me nothing but pain. It has been the most trying event in all my life,” Fenton said, his eyes moving to the floor. Jack could barely stomach his wallowing. (MASQUE OF HONOR)

You can see why writing Historical Fiction can be so challenging. At the end of the day, it is FICTION after all. It’s the HISTORY part where I find myself conflicted between telling a great story verses staying true to their words. 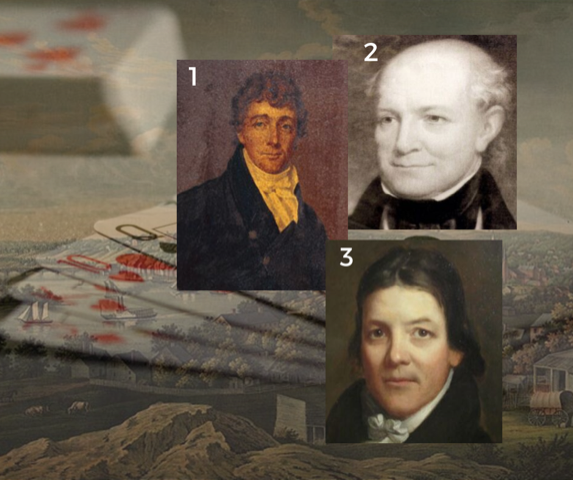