Musings: If Walls Could Talk…

A typical response on our Selma Mansion Rebirth site when folks would make the comment “Oh if those walls could talk…” was “I’d be running out the front door!” (And that would definitely be the case if the walls spoke out loud!). What I have found interesting after living at Selma for two years now is how the walls seem to speak to me in an inspirational way. And I find certain parts of the house and grounds have more energy than others. The family kitchen and family living area of the old 1800s wing is most transcendental for me.

For example, an entire scene in MASQUE seemed to flow directly from the walls to my keyboard one evening last winter. Literally, I wrote for hours that night, finally finishing the chapter at 2:00 in the morning, completely engrossed in the story that simply came to me from seemingly nowhere. Call me crazy, but I was almost as if I was outside myself as the spirit of Jack McCarty and James Dulaney took over and told me the story. There have been other instances of this, but “the beauty and the beast” scene was most remarkable.

Other spots where I find motivation when I’m stuck include the terraced gardens and the front porch. The original house sat where the terraced gardens are located (that’s where I find lots of my blue china shards!). And there is something magical about the view from the front porch—knowing that so many of my characters had witnessed that same view helps to ground me when I’m developing a character’s persona. What was Armistead’s impression looking out over his land to the river and into Maryland? What was on his mind that morning he left for Bladensburg to fight Jack McCarty? Did he think to himself “this may be the last time I see this view?” And what about his wife, Charlotte? What was she thinking when she first came to make Selma her home? I try to imagine them standing there with me. I ask them questions. And sometimes—often, I can feel their answer.

It’s not just Selma I find inspiring, but other old properties and sites where my characters lived and spent time. Over the next several weeks, we’ll explore some of those locations and some of the writing that was inspired from them. 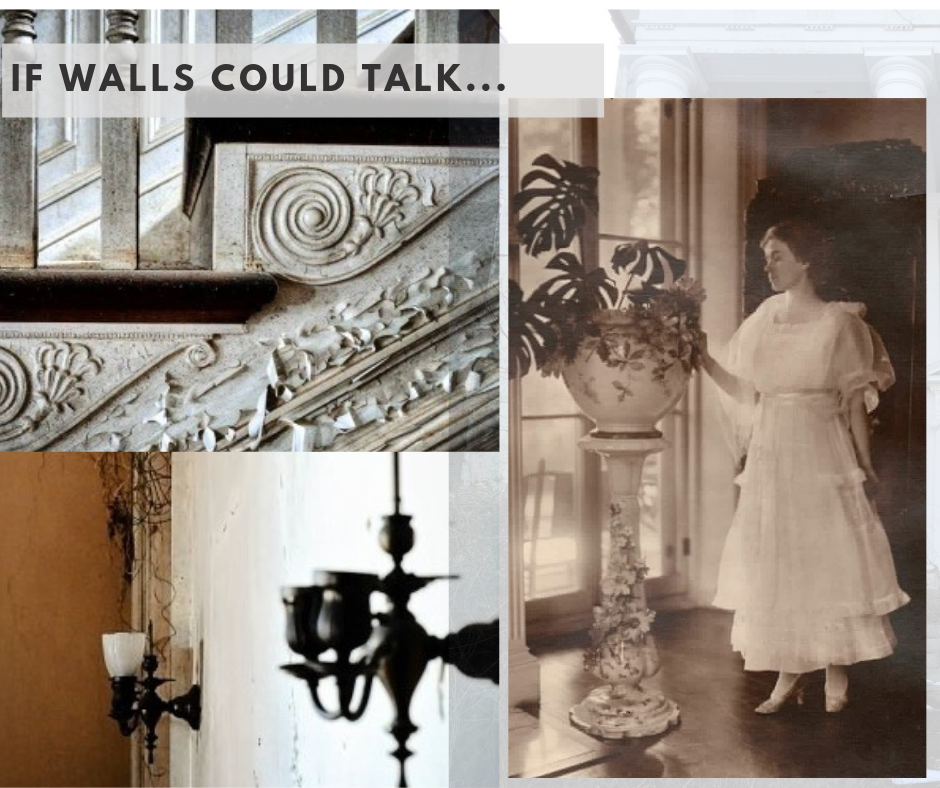