The Timelessness of Little Women 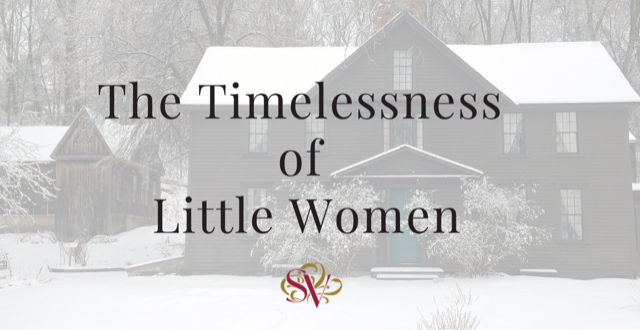 Little Women is back on the big screen! One hundred and fifty years ago, Louisa May Alcott wrote the story based on her early life with her mother and sisters. Interestingly, Louisa May Alcott was anything but what she depicts in the story; she was a radical, an abolitionist and a feminist committed to never marrying. And although Little Women was deemed her most famous work, she hated it.

In May 1868, she wrote in her journal, “Mr. Niles (an editor at a publishing house) wants a girls’ story, and I begin ‘Little Women.’ … I plod away, though I don’t enjoy this sort of thing. Never liked girls or knew many, except my sisters; but our queer plays and experiences may prove interesting, though I doubt it.” Now recognized as a 19th century American literary icon, Alcott, in addition to writing one of the most impactful books for young women across the centuries, was a Civil War nurse, and was the first woman to register to vote in Concord, Massachusetts.

The story of the March sisters and their formidable mother, who strive to be better and do better despite poverty and adversity, has appealed to the optimist in all of us.  It is fascinating, when looking at it through the lens of the 21st century. The progressiveness of the novel and the social norms acceptable for women in the 19th century are in clear conflict, and, when considering Alcott’s position on social issues at the time, is not unexpected.

The many adaptations of the story throughout the 20th and 21st century have molded to what audiences needed during that time.  For example, during the difficult times of the Great Depression, there was comfort in the depiction of simpler days. In the late 1940’s movie release, there was a shopping spree scene added to the story; the post-war affluence made that scene immensely satisfying to an audience that had been rationed for most of the decade.

This latest rendition is directed by Greta Gerwig, who I have had the pleasure of meeting and chatting with last year at the screening of her first film, Lady Bird. Greta, too, is revolutionary in the world of Hollywood! If you have a chance to see Little Women, keep an eye out for nuances in the story. (And let me know what you find!) The story is great fun and much deeper that it seems.  If you haven’t read the book in a while, add it to your #TBR pile. It’s a great read even if its author hated writing it!