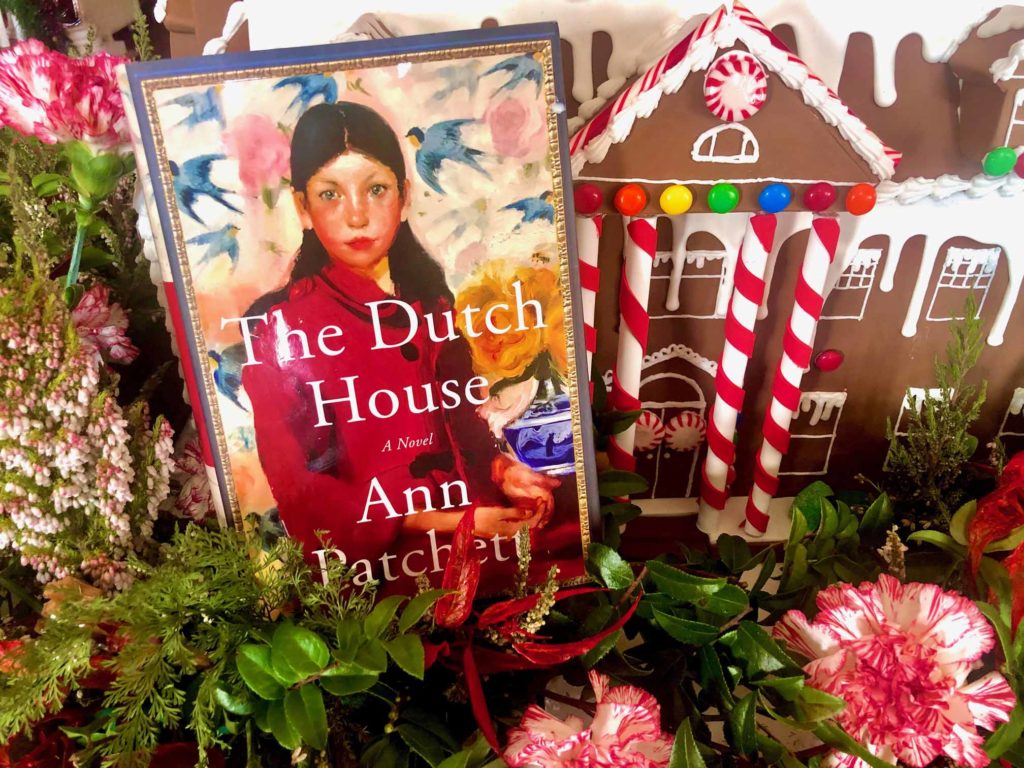 For my book club, I will be choosing current titles (2019 and 2020 as released) to read, review and recommend. Initially I had picked The Water Dancer by Ta-Nehisi Coates to launch my book club, but after reading it, I was largely unimpressed. So, I scoured the reviews and selected The Dutch House, by Ann Patchett, as our first read.

Why I choose this book? The Dutch House is the story of the Conroy family who bought an exquisite 1920s mansion that had fell into disrepair. I mean, how appropriate considering how Selma’s manor house has influenced so much of my own writing! The novel received glowing reviews from my favorite authority, NPR, and was a recommended read by literary critique Maureen Corrigan. It also made Vanity Fair’s Top Ten list for 2019 (but so did The Water Dancer!)

What is the book about? The Dutch House is a story about relationships. It is told in the first person by Danny Conray, the son of a self-made real estate mogul who, with the help of hired staff, raises Danny and his older sister Maeve in the Dutch House, a mansion built in 1922 by a wealthy Dutch family. It’s a Cinderella meets Hansel and Gretel, rags-to-riches story centered on the siblings’ dependency on one another and the impact the house has on their future.

At the end of the Second World War, Danny’s father, Cyril Conroy, builds an enormous real estate empire, propelling the family from poverty to enormous wealth. Cyril buys the Dutch House, a lavish estate in the suburbs outside of Philadelphia, as a surprise for his wife, Elna. Overwhelmed by the house and their new-found wealth, Elna leaves Cyril and her children for India to become a missionary serving the poor. When Danny’s father remarries, Danny and his sister Maeve, are exiled from the house where they grew up by their new stepmother. The two wealthy siblings lose their inheritance and find that all they have to count on is one another. It is this unshakable bond between them that both saves their lives and thwarts their futures.

What did I like about the book? There is a melodic cadence to Ann Patchett’s writing that is incredibly poetic. “Maeve was there, with her red coat and her black hair, standing at the bottom of the stairs, the white marble floor with the little black squares, the snow coming down in glittering sheets in the windows behind her…” I also appreciate her profound way of bringing our own truth forward. “There are a few times in life when you leap up and the past that you’ve been standing on falls away behind you and the future you mean to land on is not yet in place…” I can relate.

Her descriptions of the house are exquisite “…it boasts Delft mantels and marble floors, a ballroom and a dining room with a gilt ceiling, more in keeping with Versailles than Eastern Pennsylvania.” Crammed with silk chairs, tapestry ottomans, Chinese lamps and oil paintings, the house is, as one of the characters observes, “a piece of art” and like a piece of art, it ignites extreme reactions in the people who come into contact with it.

The house too is a character in itself. The glass-walled house may be open to view, but the truth within is veiled, tucked into corners, hidden in the basement and hanging in the portraits on the walls. “We look back through the lens of what we know now,” Danny says in one scene, “so we’re not seeing it as the people we were, we’re seeing it as the people we are, and that means the past has been radically altered.” Yet the house stays deliberately and ominously as it always was, never changing.

I love stories about acceptance and forgiveness – the conflict between memory and mature reflection. You’ll find The Dutch House to be such a story.

What didn’t I like about the book? I felt the storyline began to drag at about page 150 and continued to slug along for about 70 pages before it began to pick up again. It’s what my agent calls a “saggy middle”. Be assured that it wasn’t a horrendous slow-down, but I felt as if things could have tightened things a bit. I mean, did we really need to know so many details of Danny’s medical training? How did that progress the story, really? And speaking of medical training, I found Danny’s outstanding performance in medical school and his accomplished residency in thoracic surgery to be implausible. (I won’t spoil the story by telling you why). Likewise, I found a few other elements of the storyline not quite believable. I can tell you this—if Ann Patchett had my editor, she never would have got away with it, lol! And although I was not necessarily disappointed by the ending, I would have written it differently. I’ll expound upon that during our discussion at the end of the month.

Who should read it? Anyone who loves family sagas, old houses and stories involving deep, complicated relationships. If you saw the recent movie “Marriage Story” and loved it, you’ll like this book.

If instead, you prefer a fast-paced, plot driven story, The Dutch House is not for you. If you’re looking to follow a hero’s journey, you will most likely be disappointed.

The Dutch House is a story of the relationship between two siblings, their loyalty to each other, and their obsession with their past and the house they grew up in. It is a story of acceptance, forgiveness and unconditional love that compels each of us to look at our own childhood past with the lens of adult perspective.