Polly Strong: One for All 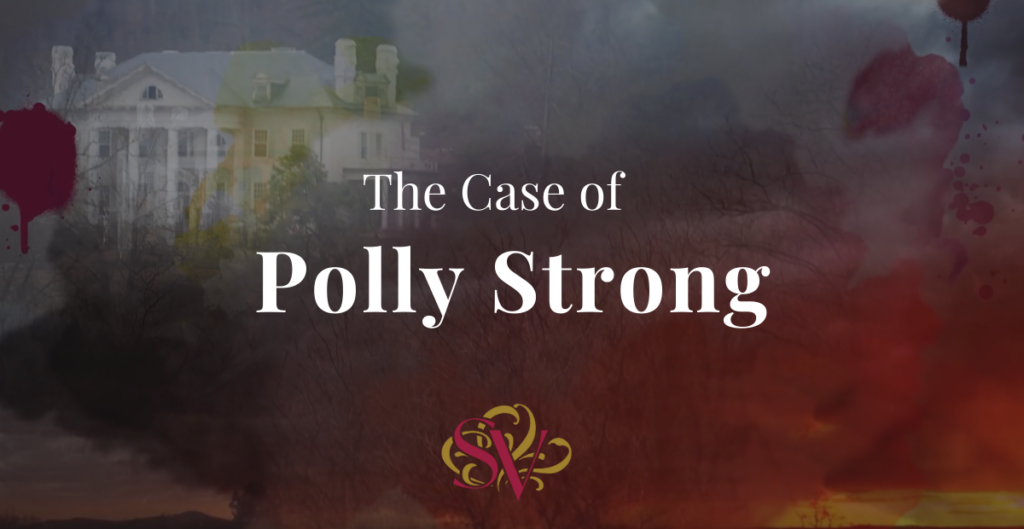 Today I want to highlight a woman of incredible resilience who set precedent and greatly impacted the lives of many. Polly Strong is an understated figure; not much is known about her life outside of the critical Strong v. Laselle case, but her impact on American history and legislature is indelible.

In 1796, Polly Strong was born into slavery under harrowing circumstances. Her mother was a fifteen-year-old African American slave who had been captured by Native Americans and held hostage with intent of being sold. After multiple transactions, Polly was purchased in 1806 by Hyacinthe Lasselle, an innkeeper belonging to one of the oldest families in Vincennes, a town in the territory that would soon be the State of Indiana.

In 1816, when Indiana was granted statehood, abolitionists at the forefront of Indiana legislature ensured that slavery was banned in the State’s constitution. This was in addition to the Northwest Ordinance of 1787, which prohibited slavery in the Northwest Territory. However, these laws did not put an end to slavery in Indiana; instead, those enslaved prior to the law’s enactment remained in slavery, and only those born afterward were free. Individual petitions for emancipation were brought before the court for consideration under the local court’s terms. In most cases, these petitions were denied.

The initial spark to Polly’s drive for freedom occurred in 1818, when Attorney Moses Tabbs attempted an appeal for Habeas Corpus (a plea to be released on the basis of unlawful enslavement) on behalf of her mother, Jenny.  As part of the petition, Polly’s owner, Laselle, was summoned to bring Polly and her brother James to court to argue why the two children should remain enslaved. Lasselle, an extremely powerful man, won his argument and Polly and her brother remained in bondage.

Trapped under Lasselle’s control, Polly sought asylum with Joseph Huffman, a freed African American man who worked as a barber in Vincennes. Her desperate attempt to escape bondage was unsuccessful, and Lasselle retrieved her and brought Huffman to court for his lost wages from Polly’s absence from work. These two court proceedings marked the beginning of the legal battle known as Strong v. Laselle.

As Polly fought for her freedom, abolitionists John Osborne and Amory Kinney watched the dissonance between the constitution and the reality of life in Indiana and started working on ways to right it. They strongly believed that the implications of the state constitution should include all slaves, whether born prior to 1816 or not. In attempt to gain support from the Vincennes law office, the two men began looking for a case that had the potential to change this legislature and connected with Polly Strong.

In 1820, Polly took Amory Kinney as her attorney, and the two began proceedings for her freedom at the Knox County Circuit Court. Kinney argued that the Northwest Ordinance of 1787 prohibited slavery in the Northwest Territory at the time that she was born, and that she should be set free on those grounds. This appeal was unsuccessful. The court declared that Polly could not be emancipated because her mother was legally a slave under the law of Virginia at the time of her birth, and the judges couldn’t free a slave legally held by prior law. The defeat spurred them to take the next step and file an appeal to the Indiana Supreme Court.

On July 22, 1820, the Supreme Court of Indiana saw the case and ruled in Polly’s favor. The Court made it clear that the 1816 Indiana Constitution declared there shall be no slavery in the State of Indiana, and also stated in their decision that Polly was free and that therefore all slaves in Indiana should be set free. The number of people held in slavery in Indiana dropped dramatically, resulting in 1,200 freed persons, but unfortunately the decision did not free everyone held in bondage. About 200 persons remained enslaved, but by 1830, only three slaves in the state were recorded on the census that year.

The tenacity and courageousness of Polly Strong, her attorney Amory Kinney, and the abolitionists involved in her case is incredibly inspiring – the result of their work changed hundreds of lives and is even used today as an example in law schools across the country. As we celebrate Black History Month, it is important to remember people like Polly Strong who used their plight to pave the way for others in the pursuit of freedom and equality.