Anna Murray-Douglass: The Woman Behind the Legacy 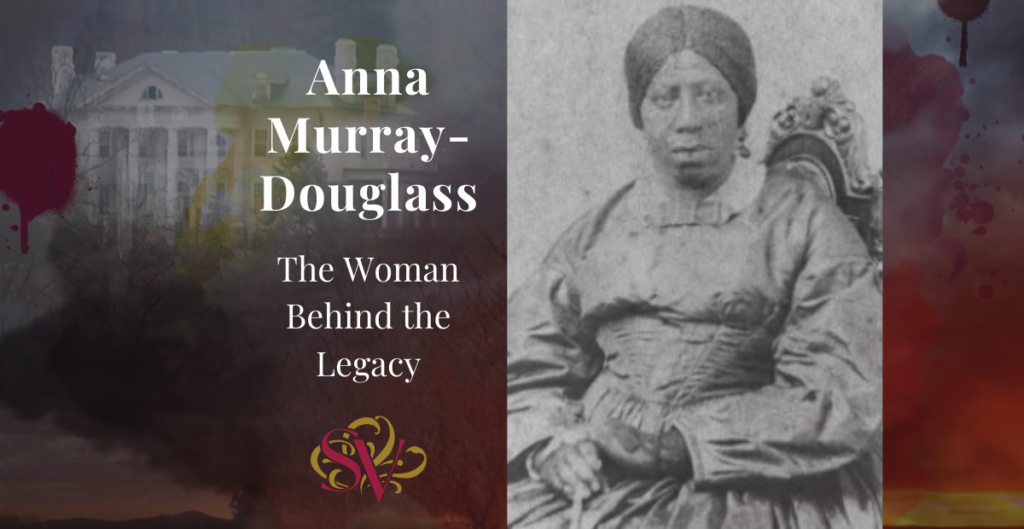 In honor of Black History Month, I’d like to share with you a heroine who history often overlooks: Anna Murray-Douglass. You will recognize her as the wife of the great abolitionist writer and social reformer, Frederick Douglass, but Anna made her own contributions to the abolitionist movement. As a principal member of the Underground Railroad, Murray-Douglass was a force of nature in her own right.

In 1813, Anna Murray was born-free to recently emancipated parents in Denton, Maryland. At the age of seventeen, she left her childhood home and found work as a laundress and a housekeeper. By the time she met her future husband, then known as Frederick Bailey, Anna was supporting herself and had accumulated a great deal of savings.

When the two first met in1838, Frederick was enslaved and had previously made unsuccessful attempts to escape from bondage. Meeting Anna, a freed and working African American woman, filled him with hope of the possibility of freedom. With Anna’s encouragement, Frederick made the decision to flee again.

Anna took a sailor’s uniform from her work as a laundress for Frederick’s disguise. She gave him the clothing and part of her savings for him to buy a ticket to New York City. This time Frederick was successful in his attempt. Shortly after his escape, Anna followed him to New York with enough resources for them to build a life for themselves. They were married later that year and moved to Massachusetts where they settled under the name Douglass.

Anna and Frederick had four children (five in total) over a ten year period.  The family struggled financially due to the sporadic nature of Frederick’s speeches and the low compensation he received for them. Anna continued in her role as the primary breadwinner for the family. She worked the equivalent of three jobs: as a laundress, a shoemaker/cobbler and a mother.   When Frederick became more involved in the abolitionist movement, Anna was left to raise their children alone.

With all of her responsibilities to the family, Anna still found time to support the fight for freedom. Anna took an active role in the Boston Female Anti-Slavery Society.  She opened her home as a headquarters for the Underground Railroad, providing fugitive slaves with food, clothes, and refuge as they traveled north to Canada.

As Frederick’s popularity grew, he was surrounded by highly intellectual men and women of the movement. As an uneducated woman, Anna was often ostracized, facing criticism and judgement on her worthiness as Frederick Douglass’ wife. This time in their lives was particularly difficult for Anna.

In my opinion, Anna Murray-Douglass is the unsung hero of the Frederick Douglass story. She receives little mention in Douglass’ autobiographies, and of the hundreds of books written about him, there are few that focus on her. Yet she was the woman who encouraged him to escape the bondage that would have silenced him. She was a woman who took matters into her own hands and selflessly propelled others to greater heights at great sacrifice to herself.

As we celebrate Black History Month, I plan to focus my attention on heroic women like Anna Murray-Douglass, who worked tirelessly for what they believed in while standing quietly in the shadows of history.