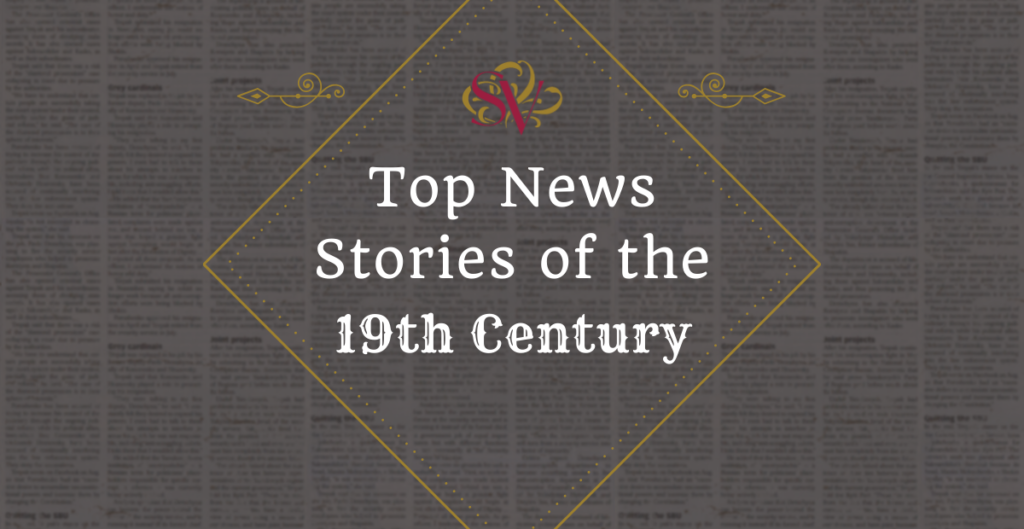 The delivery of the daily news was quite different in the 19th century than today.  Throughout the 1800s, newspaper distributors, or “post riders” would deliver papers to smaller post offices and suburban areas. Over time, young boys called “newsboys” were employed and assigned specific routes to deliver newspapers to people’s homes. It was also commonplace for newsboys to sell newspapers on the streets, shouting out headlines to capture the attention of passersby. With the invention of the telegraph, local newspapers published national news to their readers, increasing the number of papers printed.

Many of the biggest headlines were major events that ultimately led to the Civil War. From the Missouri Compromise of 1820 through the Compromise of 1850, the country hotly debated the practice of slavery, and the expansion of slaves states in the growing union. Views from the north and south were polarized in a game of give and take with neither side satisfied with what they got.  The discussion became increasingly charged in 1859, when radical activist John Brown raided a Federal arsenal at Harper’s Ferry. Brown’s intention was to lead a slave revolt, however, his mission failed. He was arrested and charged with treason. Coverage of his trial was huge in American newspapers. Brown and his band were convicted and sentenced to death by hanging.  John Brown’s raid and his execution was a significant catalyst that spurred the country to civil war.

The inauguration of Abraham Lincoln led to another hot headline of the 19th century. As a reaction to his officiation, Confederate troops opened fire on Fort Sumter, the Union’s main military post in Charleston, South Carolina. News of the attack made its rounds in the papers, and made an indelible mark on history. To many, the attack at Ft. Sumter marked the split of 19th century in American history—the pre-industrial antebellum “before” the firing on Ft. Sumter, and the post-war, post-industrial “after”.

The war brought other major headlines: General Lee’s defeat at Gettysburg, the Battle of Fredericksburg, Lincoln’s Emancipation decree, Lee’s Surrender at Appomattox. But one of the biggest headlines came a few days after the war’s end…the assassination of President Lincoln.

On April 15th, 1865, the newspaper headline “President Abraham Lincoln Shot” shocked America. Reports of the shooting spread fast across telegraph wires and was printed quickly with incredible accuracy. This alacrity could be credited to Lawrence Gobright, the AP reporter who ran from Ford Theater and wrote the report, or Carl Bersch, the artist witnessed the shooting and sketched the scene. Coverage of the assassination monopolized the papers for weeks (it spanned seven editions of the New York Herald alone!). The news of Lincoln’s death propelled the country into frenzy with a mixed response of both rejoice and mourning.

Perhaps the most famous editorial ever printed was published in 1897, when a young girl wrote to an editor of The Sun and asked whether there really was a Santa Claus. The editor’s wise and compassionate response has been popularized and is still enjoyed by readers to this day.

With the passing of the Postal Office Act at the end of the 19th century, the delivery of news  and distribution of papers changed forever. The newsboys of yesteryear who yelled out headlines in the streets slowly disappeared and were replaced by postmen and paper routes. Today, news is disseminated by a variety of technology-driven methods, but still includes, if you choose, the old-fashioned delivery of newsprint to your doorstep.

“Yes, Virginia, there is a Santa Claus” editorial hyperlink: https://www.newseum.org/exhibits/online/yes-virginia-there-is-a-santa-claus/