EVERY HOUSE TELLS A STORY 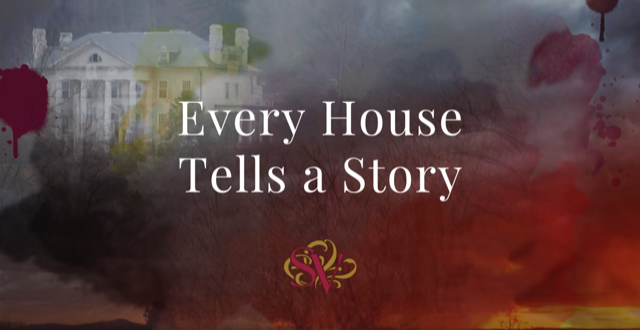 Selma was my inspiration for writing Masque of Honor.  When we undertook the restoration of Selma, stories began to unfold and ideas filled my mind and heart. Every house is comprised of the stories of its past and current inhabitants. Selma has a complicated and periodically documented past; it has been so much fun unraveling her dramatic history.

Selma was originally built in 1810 by Armistead Mason, a general in the Virginia militia who was related to Founding Father George Mason IV. It was Armistead who ended up on the dueling fields with his cousin Jack McCarty. Though the duel was the catalyst for Masque of Honor, the ripples are much broader; my research showed that many notable people in Virginia and in our young nation had a connection to our house.

The Stories Continue to Come to Life

A book that I’m currently working on is about the murder trial of a woman in 1872. An interesting historical tidbit, that took me by surprised, when I began the research on this book is that her defense attorney, Powell Harrison, was the father of Laila Harrison White. Laila Harrison White was also a former resident of Selma. My current bedroom is Laila’s old room.

It’s interesting how all roads seem to run though this property and this house; the connections Selma has to our community are vast and have uncovered many rich stories in Loudoun County that need to be told.  She’ll keep my busy for a while.