The Woman in the Window Book Review 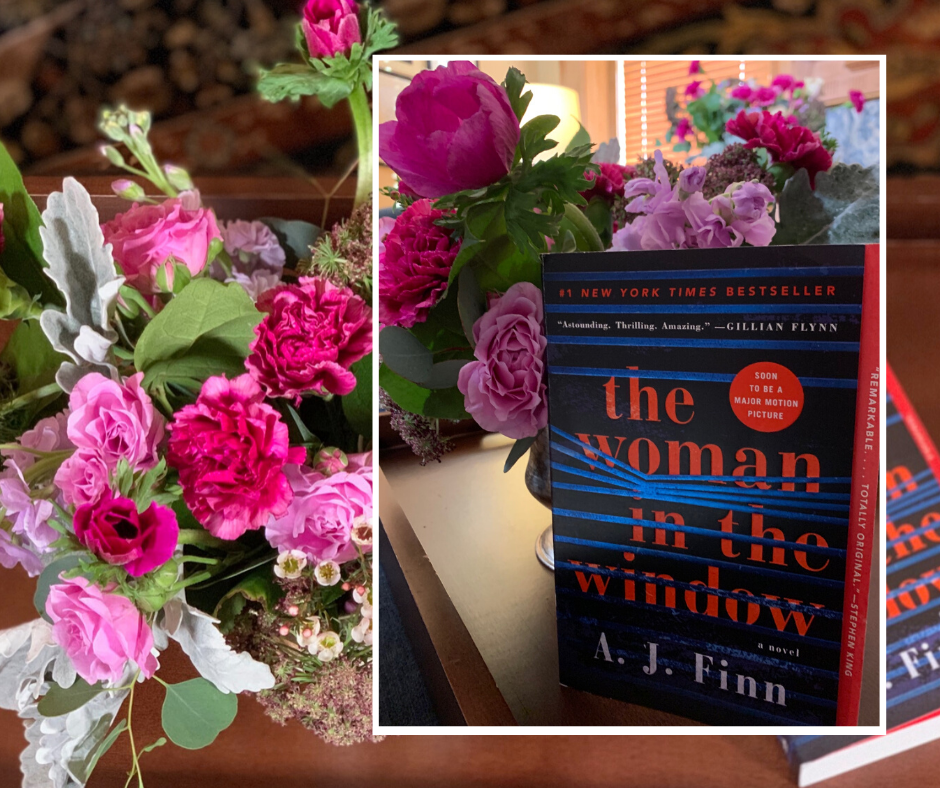 For this month’s book club, I selected The Woman in the Window by A. J. Finn, a pseudonym for Daniel Mallory, a debut novelist and editor at Marrow Publishing. Although it is a 2018 release, I wanted to share it with you before the movie release later this year.

Why I chose this book? The Woman in the Window is the story of Anna Fox, a child psychologist suffering from Agoraphobia (fear of open spaces). I wanted a fast paced story (the story happens over the course of a two week period) as counterbalance to Ann Patchett’s slower paced novel from last month (that story transpired over five decades!). This novel, too, received glowing reviews and it fit well within my research for my current writing project, where the truth is obscured by the fog of psychosis. And the novel was recommended by my literary coach. While not a historical fiction (we’ll get back to those next month), I couldn’t put this book down (I read it in a single day!). And those are the kinds of books I want to share with you.

What is the book about? Meet Dr. Anna Fox, a woman afflicted by agoraphobia, estranged from her family, and living in a New York brownstone in Harlem who watches her neighbors through the lens of her camera from her window. She sleeps too much, drinks too much, and douses down her medications with wine. When new neighbors move into the neighborhood, her world is turned upside down as she witnesses a murder. Or did she?  This book takes you on a ride through the lens of a woman struggling with not only her phobia but her grasp on reality.

What did I like about the book? From the beginning, we know that Anna is going to witness a murder and that no one is going to believe her. But the author takes awhile to get to it, giving me an opportunity to get to know Anna and wanting to solve the mystery of what made her the way she is.  There are clues everywhere – in the movies Anna watches, the phone she uses, the visits she gets from her doctor and therapist. The old classic movies – Laura, Shadow of a Doubt, Gaslight, Vertigo, Rope, Rear Window – provide us the most insight as to where the story is headed. Rear Window in particular, parallels the characters with Anna as Jimmy Stewart, her handsome basement tenant as Grace Kelly and even a wisecracking physiotherapist in the plot. In one passage, Anna says “What would I do if I were on that screen, a character in one of my films? I would leave the house to investigate, like Teresa Wright in Shadow of a Doubt. I would summon a friend, like Jimmy Stewart in Rear Window. I wouldn’t sit here, in a puddle of robe, wondering where next to turn.” What’s most interesting is that, like The Dutch House which we read last month, the comparison of this story to Henry James’s The Turn of the Screw is undeniable, with its seemingly unreliable female narrator witnessing events she cannot explain. The Woman in the Window has more than one dark mystery to unravel, but the biggest, most intriguing mystery is the protagonist herself. Is she a reliable narrator? And is what she is telling us really happening or is it all in her head? My intent to solve that mystery is what kept me reading to the very end!

What didn’t I like about the book? Not much! There were a couple of points of questionable believability (and to tell you now would spoil the story) but in my mind, those issues did not turn me off (as a reader anyway). The author’s writing style in this book is not elegant, but more staccato. Not my favorite, but considering this is a first person POV from a woman half-crazy, “frantic” is perfectly matched to what one would expect from such a narrator. The question of any great book is “Will you remember the protagonist and her plight long after you finished the book?” While I enjoyed reading the book, I don’t know that I will remember Dr. Anna Fox for long. Time, of course, will tell.

Who should read it? Anyone who loves fast moving, psychological drama. If you are a fan of Alfred Hitchcock, you are going to love this book. Fans of old movies and twisty “whodunnits” will find this book hard to put down (I couldn’t!). Fans of Copycat, The Girl on the Train, The Woman in Cabin 10, and  Gone Girl will most certainly enjoy this book as well.

If you prefer romance and a more literary read, this book isn’t for you.

The Woman in the Window is a story filled with twists and turns that builds tension like a Hitchcock movie and will leave you breathless.

Share your thoughts in my February Book and Wine Club discussion!