Harriet Tubman: Forager and Defender and Of Freedom 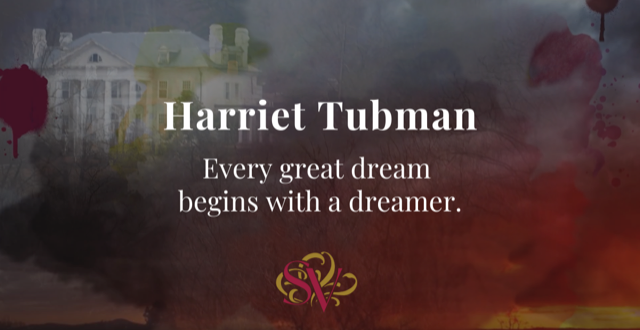 Toward the end of last year, I made a brief Facebook post about Harriet, the 2019 film chronicling abolitionist Harriet Tubman’s escape from slavery and the dangerous missions she led to liberate hundreds of slaves through the Underground Railroad. This week I’d like to dive deeper into the story of this monumental figure in American history, because after more than a century, the effect of Tubman’s incredible resilience is still unwavering. In 2016, it was announced that she would be placed on the twenty-dollar bill; in 2019 the movie Harriet became one of the highest grossing biographies of all time; and even as recently as this week, a limited-edition debit card was released in her honor. Despite all the accolades of today, it is important to remember that Tubman was once unrecognized, enslaved, and at one point, an enemy of the state.

Harriet Tubman was born ‘Araminta Harriet Ross’ to enslaved parents in Dorchester Country, Maryland sometime between the years 1820 and 1822. She was one of eight children, many of whom were separated from the family, sold to other households, and began slave work at as young as five years old. Early in her life, she suffered a serious head injury inflicted by a slave master as he was attempting to stop a runaway slave. This injury would ail her for her entire life, manifesting in the form of seizures, headaches, and narcolepsy. Interestingly, Tubman also experienced visions and dreams, which she classified as religious experiences, that often aided her in her journeys along the Underground Railroad.

While still enslaved, Harriet married a free man named John Tubman, and from the beginning their marriage had major complications. Since Harriet was still a slave, any children they had together would be born into slavery according to the law. Harriet attempted to gain freedom by hiring an attorney to unearth her slave master’s forgotten promises of freedom and when this failed, she resolved to run away and head north.

In 1949, Harriet’s owner passed away, and because of Harriet’s own declining health, his family made plans to sell her, further separating her family. It was then that Harriet decided to take action. Despite her husband’s refusal to accompany her, and her brothers losing their nerve, Harriet pressed on alone. She used a network of safe houses, routes, and connections known as the Underground Railroad and followed the North Star 90 miles to Philadelphia, where she eventually found refuge and freedom.

The movie does a fantastic job of placing the audience right there with Harriet as she steps into freedom. There is so much urgency and fear as she leaves her family and such a rewarding sense of freedom as she moves about in her new life that when she decides to risk a return to Maryland, it is terrifying, as if you don’t already know her story.

Tubman went back to Maryland for her brother, rescuing with him two additional former slaves, and when the trip was a success, she returned for more. Over a period of nineteen years, Tubman mobilized about three-hundred people along the perilous route to freedom, going against the Fugitive Slave Law of 1850 and despite various bounties on her head. In all her years transporting hundreds of people back and forth via the Underground Railroad, Tubman was never caught and she never lost a human life.

It’s impossible for me to detail the numerous trials and accomplishments of Harriet Tubman in one blog post. In addition to her heroic expeditions along the Railroad, Tubman’s legacy includes being the first woman in American history to lead an armed expedition and the first African American woman to serve in the military. Her raid on the Combahee River set an additional 700 people free, and she continued to serve her country and community well into old age, supporting many causes, including women’s suffrage, with remarkable people, such as Susan B. Anthony. I strongly encourage you to read more about Harriet Tubman’s life this month and to watch Harriet. Such fearlessness and determination are greatly inspiring to read about and simply transformative on film.