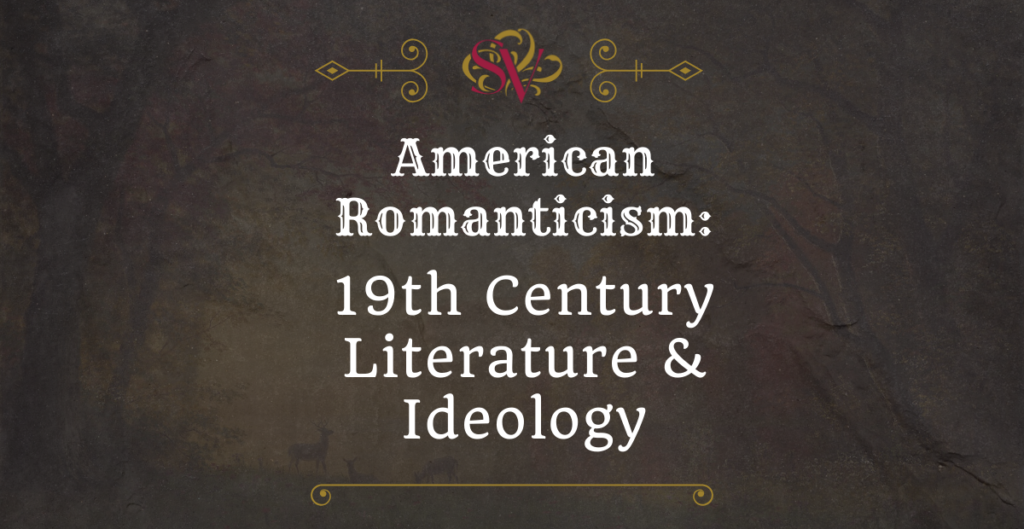 The 19th Century was an incredibly rich time in American history. In the wake of the American Revolution and the War of 1812, the United States was still at the early stages of forming its own identity and a culture of its own. This time period, historically remembered as the Romantic Era, greatly affected American thought, and could be credited as the period that gave birth to what it means “to be an American.”

Romanticism (the more common name for the period of The Romantic Era) was an arts and literature movement that began in Europe and eventually made its way to the United States, where it took on a life of its own. Initially, Romanticism sparked as a reaction to Industrialism and the restrictive neoclassical ideas of the preceding era of Enlightenment. It rejected ideas of modernity, rationalism, and religious rigidity and instead focused on individual emotion, the exploration of the self, and the importance and beauty of the natural world. It was a period where feeling preceded reason and self-expression was valued over traditional restraint.

In the grand scope of American literature, American Romanticism was the first real literary movement to ever occur within in the United States. In fact, the Romantic Era in the United States was largely known as the “American Renaissance” because it was around this time that American writers and artists began searching for a distinctly “American” voice, separate from that of their British and European counterparts. Just a few short decades after the American Revolution and in the wake of the War of 1812, the country found itself in a place of newly acquired freedom and at the precipice of unending possibility with regards to their identity as a nation. This state of liminality led to a bursting of creativity and artistic development spanning from the early to mid 1800s.

Inspired by British romantic writers who focused on aesthetics of nature, emotion, and the self, American artists took to writing about America through these Romantic lenses. William Cullen Bryant, for example, was inspired to write poetry depicting New England outdoors as influenced by the Romantic appreciation for nature. Henry David Thoreau, a key figure in American literature was also influenced by these works, and became a leading member of the distinctly American movement of Transcendentalism.

Meanwhile, social and political events such as the inauguration of Andrew Jackson shaped democratic thought and concept, asserting the value of the individual no matter their background or social status. Influenced by this increase in democratic ideal, American culture began to lead more toward individualism, compounding the already existing romantic ideas of self-expression and independence.

Through the flurry of change and progress, American Romanticism began to thrive. Writers such as Ralph Waldo Emerson – a man credited to have paved the way for American Romanticism – encouraged other artists to examine their national identity and leave European form, structure, and tradition behind. In turn, America began to develop its own voice filled with spirit and the birth of the human self.

Romanticism gave birth to some of America’s greatest writers – Walt Whitman, Nathaniel Hawthorne, Emerson, and Thoreau, and some of the masterpieces of American literature, such as Moby Dick and The Scarlet Letter. Each work, though varying in genre and content, was a rebellion against formalism and an exploration of individualism, the self, and national perception. Perhaps the ideological traits of this time period provide us a glimpse into understanding why we are the way that we are.